In 2015, to mark the occasion of the 50th anniversary of founding the International Council on the Preservation of Monuments and Sites in Poland, its Executive Committee undertook to inaugurate a new cyclical scientific journal titled OCHRONA DZIEDZICTWA KULTUROWEGO (Preservation of Cultural Heritage); after first publication in 2016 has since then been issued as a half-yearly journal. The journal features scientific articles in Polish, with summaries and keywords in English.

The high scientific quality of the journal’s articles may be credited to our reviewers, who are members of the Scientific Council, and to external experts, whose list is updated every year and made publicly available on the website. Each article is reviewed by two independent reviewers outside the author's home institution (the so-called double-blind review process). The editorial team embarked to fight unethical phenomena such as ghostwriting. In ethical matters, the journal follows the COPE rules of publication ethics and implements the procedures included in the diagrams. A detailed description of the ethical standards is made known to all parties involved in the publication process.

The editorial office informs that the electronic version of the journal is the original one and the publication was prepared from materials provided by the authors of the articles on their own responsibility.

We invite scientific bodies, representatives of state and local governments, as well as practitioners in the broadly understood field of cultural heritage, monuments, conservation doctrine and conservation problems to present your achievements and scientific and practical considerations of your work. 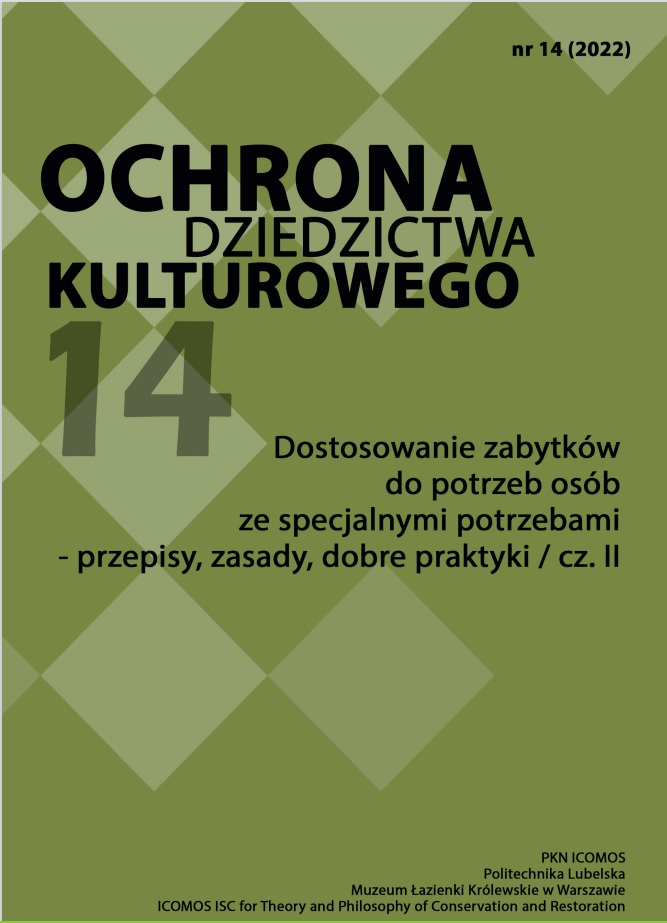 Regulations of the LUT PH e-Platform